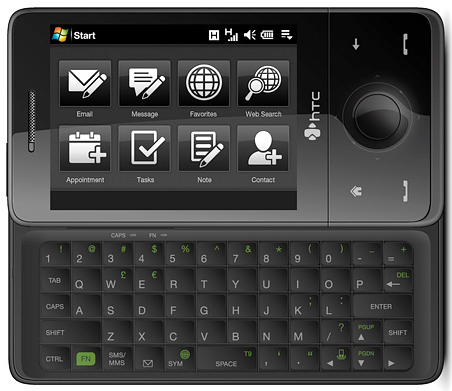 I woke up to the annoying news that my car had been broken into and someone had stolen my phone. My old phone was the HTC Touch an all touch no keyboard phone that I lived with but didn't love. So I took the opportunity to upgrade my phone.

Realize that everything thing I mention in this mini-review is based on no more than eight hours with the phone.  I don't know yet if the battery sucks or if the antenna is weak.  But there is a lot to like about this phone at first experience.

The HTC Touch Pro has a bunch of features that I missed on my last phone:

If you want to see some of the User Interface in action, check out my video here (note that some of the operations were time-shortened):

This phone is almost candy-bar sized but a bit thick to accomodate the keyboard. The touch screen is responsive and most of the user interface is very intuitive. The upgrade to Windows Mobile 6.1 brings in excellent Clear Type which makes the screen look luscious. The built-in apps are generally good and the mix of touch support works really well. Thankfully, its all mini-USB so I can charge/sync it simply. My favorite feature is that if you pull out the pen when you're on the phone, it opens up a note with the time/date and contact you're talking to.

Windows Mobile is still under the hood. It sputters and chokes occasionally but I haven't had any lockups. The touch support is single touch, so its better than no touch, but certainly not multi-touch. E-Mail support still doesn't support GMail POP, you have to use IMAP if you want to access their services. No simple headphone jack.  You need a USB dongle (provided) to use standard headphones.  Music doesn't play through bluetooth either. Lastly, the touch screen is so responsive that I keep launching apps when I am talking on the phone (should have an ear-filter ;) It also is a magnet for finger prints (as my pics below attest).

This isn't an iPhone. Even though I hate to give Apple my money, its really AT&T that stops me from buying one.  This is a genuine alternative, but certainly is a poor-man's iPhone. But its a very capable phone and one of the few WinMo phones that I am not embarassed carrying. 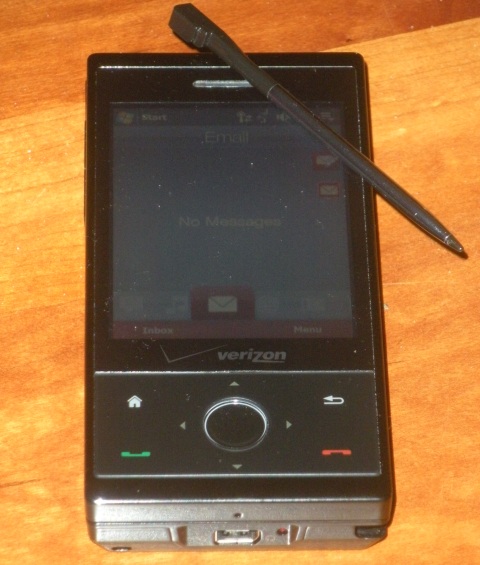 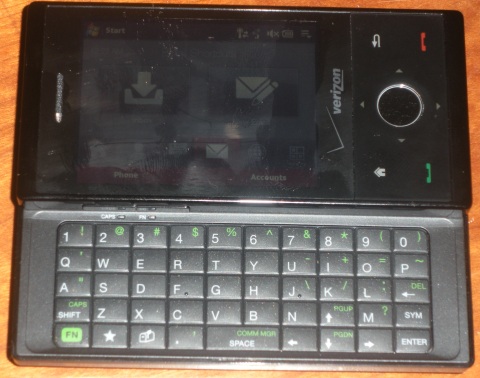