The Gear from the First 80 Days on the Road As many of you know, me and my new wife are having the trip of our life. We’re in Switzerland at the moment and having a great time. We are certainly learning as we go what is important and what is not. I thought it might be a fun chance to talk about the gear I’ve used so far and discuss what worked and what didn’t.

As we travel, I am still working. I am recording Pluralsight courses, working with clients, doing the Hello World Podcast, as well as planning for some in-person training during the trip. This means I not only need gear to enjoy the trip but to work as well.

I think it’s important to see where we started and where we ended up. If you don’t know, this trip is a year-long trip across the globe. It’s seven or so months in Europe and five months in Asia. We don’t have a house to go back to so we’re carrying most of what we own (with a small storage place back in Atlanta). To complicate matters, we got married four days before the trip so it’s been pretty whirlwind.

Even though I can’t be there this year, I’m excited to help out in holding this year’s Atlanta Code Camp. On October 11th, 2014, the Atlanta Code Camp will be held at the Southern Polytechnic State University in Marietta, Georgia.

Last year, we had a great time bringing you some of the best speakers in the southeast together to hold over forty different sessions across eight different tracks. It’s time to register for this year’s event.

If you want to attend, you can now register for the event here:

For my last stop of my UK user group tour, I stopped in the town of Aberdeen. This is as far north as I’ve ever been. It’s at 57 degrees north latitude. That’s the same as Juneau Alaska! Luckily it’s summer time.

The group here in Aberdeen was a great group. I spoke about Web API 2 and I got some of the difficult questions about writing APIs. I want to thank Gary for helping get this handled.

It’s been a busy week. Today I got to spend the day in Glasgow and see the city a bit. In the evening I got to talk to a great group of developers about Angular.js. They were mostly open to the ideas about building interactive pages with Angular.js.

I haven’t done this talk in a while so I had a couple of hiccups. But with the crowd’s help we got through the demo. I fixed a couple of snags that didn’t work during the talk and you’ll find the full demo below:

I’m now on the Scotland swing of my Wilder World Tour.  Had a chance to stop by Edinburgh. What a lovely city, at least as much as I’ve seen so far.

For this stop, we talked about Node.js. Fun to see a Microsoft office outside the U.S. The organizers were great in helping fill up the room. Great questions from the attendees too. 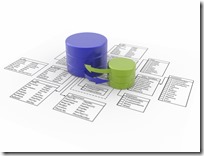 Next Stop: Nottingham England for Node.js

The last stop of the week was in Nottingham. I had a chat with the Sheriff about some stolen hoodies. At least that’s what I thought he said – his accent was quite thick ; )

The team at dotNetNotts was great. We had a packed house of over sixty attendees. I am sure the pizza and beer helped, but some even stood for the talk. Resilient group!

We talked about “Node.js for .NET Developers” this time. I tried to stay away from the NoSQL v. Relational database story, but hopefully I was able to explain what Node.js is and how you could apply the lessons there to ASP.NET MVC/Web API. Lively group and some really tough questions. As usual for this great country, we ended the night in a lovely little pub that was likely older than my country.

My visit to Gloucester UK

My next stop this week was in the town of Gloucester in England. The group that ran this meetup was great and had everything setup to make this an easy talk to give. I especially want to thank Franck Terray and Sophie Lipowska for running the meetup.

For this stop, we talked about both ASP.NET Web API 2 as well as Azure Websites. I merged the two into a built API then deployed into Microsoft’s cloud. Lots of great questions later we stopped by the pub for a nice talk with the hard-core members. Great time was had by me.

I stopped by the small town of Hereford to talk to them about Node.js on Monday. The small, but very enthusiastic group was great! If you get a chance stop by and visit this adorable small town.

I have a talk on Node.js for .NET Developers and while I doubt I convinced everyone to try it out, I am hoping I got the ASP.NET guys to think about async in their controllers.

My Talks in Bristol England

As my first talk in the UK, I was tasked with doing two talks in one day.  The group was a lot of fun and asked some key questions.

I got a chance to show two contrasting technologies in showing ASP.NET Web API 2 as well as Node.js for .NET Dev’s. With only fifty minutes for each talk, I had to try and cover them briefly.

Unfortunately, we had an issue with the Internet connection so there were some demo’s I couldn’t do. But I’ve added the additional pieces of the demos for the downloads. If you were at the event, grab the examples to see the database tied in and CORS actually working.