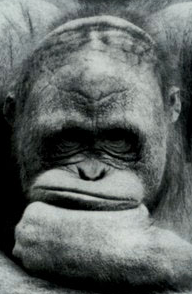 This week I am in Zeist, The Netherlands at the SDC conference. This morning I did a talk on “Drinking from the Fire Hose” which included a discussion on how I keep up with technology. A couple of key think I shared in this session were:

In response to watching smart people online, I was asked to mention which RSS Feeds and Twitter accounts I follow. I separate the RSS feeds I follow into two different types: daily blogs that post often (e.g. Engadget) and smart people who I need to hear when they only blog once a month.  For the first group I use iGoogle to keep panes of headlines so I can quickly scan the headlines for things I am interested in, but I don’t need to keep up. Here are some of those blogs:

For the second group, I use Google Reader (via an iGoogle widget to show new posts quickly). Some of the blogs in this group include:

This is just a taste of who I read, but you can get a sense of it.  Lastly, on Twitter I follow about 275 people (more than I remembered). Here are some of the folks that I love listening to (even though we don’t agree on much):

The point of the talk was to listen to people outside of your technology to broaden your exposure to new technologies.