A lot of people are writing about the possibility of a new era at Microsoft. As a cynical fanboy I am hoping that this turns out to be true. I think there are a lot of great things coming out of Redmond these days and they deserve credit for making real change.

If you’re not keeping up, let’s talk about some of the comments that are being talked about. First up, Woz: 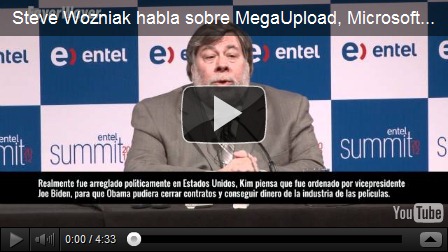 Woz like’s what? (Start at 2:18 for the comments about Microsoft.)

Woz liking what is coming out with the Surface penlet (pen tablet) is very interesting. He’s already on record liking the Windows Phone quite a bit. I think he may be on to something.

Next up, Jeff Atwood. Mr. Coding Horror (and of StackOverflow fame) wrote a piece today that talks about Microsoft betting the company on Windows 8. I can wholly agree with him, but I do think he’s not far off the mark either. Read his post here:

There are lots of other media outlets that are chiming in with similar stories. Is it just about Windows 8? I think there is something bigger going on.

A Change in Redmond

In the past couple of years there have been a lot of interesting stories coming out of Microsoft (in no specific order):

Not all of these are out and out success stories yet, but I think most are interesting in their fearlessness. I think with the fear of the justice department clearly in the rear-view mirror (and all the changes to the entire computing ecosystem), Microsoft has finally gotten it’s mojo back. It’s not a perfect place, but I think some swagger is re-appearing…but not without some warts. Let’s talk about some warts.

Even more surprising was the fact that they kept it secret. As a Microsoft MVP I have signed more NDAs with Microsoft than I can count. But even with all this legal paperwork, the likes of Mary Jo Foley (et al.) have been able to get a full stream of rumors and information out of Redmond for years.

But I am not full of complete adoration. Apple is the model for product announcements. As much as I am not known as a lover of Apple, I have to give them props for how they announce their products. They always seem to succeed by:

For a series of announcements lately Microsoft has started to get this right but I can’t let them off the hook for continuing to not announce firm availability. The first time I noticed this was at the Kinect announcement. The Kinect was amazing but it was a year out. A year? Sure it’s done well, but imagine the buzz if they held on until it was truly ready.

Same problem with the Surface announcement. I finally heard today that it would be available in October, but still no price/full specs on the device. They’re winning the news day but losing the election.

I don’t want to rain too hard on their parade. I think this will be a pivotal year. I am building Windows 8 apps (as well as other platforms). I believe in Windows Phone 8 and will stick with that platform. But as a consumer, I am most excited about the Surface. I just wish they’d stop teasing us with it.