My Switch to Azure Websites 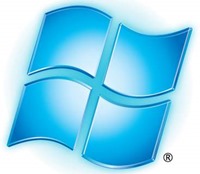 I am a developer first. I’ve become my family’s IT department but not by choice. This is the fate of most developers I know.

For the past year or so I’ve been experimenting with Azure Websites as a solution for quick, one-off sites and even for class examples. I’m a big fan. Let me tell you why.

Azure is a diverse landscape with lots of services. It be a little daunting. I’ve some of these services, but certainly not all. Azure Websites is particularly interesting to me in that fulfills my desire to not be an IT guy. Why?

Now that the change to Wildermuth.com is complete I've gotten questions about broken links and such. I am keeping adoguy.com around and redirecting (permanent) the links so that old links aren't going to break. I don't plan on keeping it forever but for several years you can be sure. Its worth keeping them around.

I didn't just do a quick and dirty port to a new CSS look and feel though. This was a conversion of the old code. I don't use a blog engine but write my own code, mostly as a test bed for new ideas. What was it this time?  Two thinks significant changed: Entity Framework/LINQ as the data access and the ASP.NET Routing Framework instead of .aspx links. Let's take these one at a time:

The use of the Entity Framework and LINQ was pretty straightforward. I used LLBLGen Pro in my old site to do the data access and it held up great.  I only switched so I could test out the Entity Framework on a production-ish system. Not because of any limitations in the old code. Creating a model with the Entity Framework was a snap. My data is not complicated so I didn't have any complex scenarios.  The only think I did do was change the collection names from singular to plural. Being able to use LINQ to do my queries, search and paging was just spectacularly useful. I am completely in the LINQ camp now.

After a heavy month of re-creating the website (using ASP.NET's new routing framework, not a full ASP.NET MVC), I am finally ready to launch my new blog site. The old ADO Guy website is now Wildermuth.com!

As most of you know, I have been dipping into a lot of different waters and the moniker of ADO Guy has no longer been descriptive enough. Sure I won't every abandon my database-centric view of the world.  Please update your links.  I've attempted to keep as many of the old URL's working but I am apt to have missed some.  Please let me know when you  find them. All of the old content should now be available on the new site.

Looking for a Volunteer

I am looking for a volunteer.  I am completing a new website to help groups around the country (US and Canada only in the first go-round) organize Geek Dinners in their own areas. Getting the site up and running is working pretty well so far (ASP.NET, AJAX Virtual Earth and Silverlight are all used in the mix so far).  But what I need is somone who is good at website visuals to help me with a couple of things for the site.  I have a decent template from Six Shooter Media but I need some work done to create some buttons, a menu and a logo for the site.  If you're interested please send me a quick e-mail with your availability by clicking here.

My site is experiencing a lot of downtime the last couple of days as my host is being DDOS'd. Just a fair warning to those who can't get to my site...sorry...hopefully they find the bastards!

I've reworked my web site. It was looking a bit more like the uniform of a NASCAR driver than a web site, so I reworked the layout to make it cleaner. I admittedly stole many of my ideas from other web sites and templates I saw.

The other reason for the change was to eliminate ViewState.  I noticed my pages ballooning from the sheer size of the HTML that was being generated, much of it as ViewState.  I've eliminated ViewState in almost every case.  For example, the size of the HTML of my home page was reduced from 134K to 48K.  That's just HTML size, not images...so the real size change should be even more dramatic.

Let me know what you think and if you find anything not working.  Thanks!

I've added a couple of new features (thanks to Chris Sells for QA'ing it for me):

Welcome to the new version of The ADO Guy.  Most of the changes are under the covers, but there are a few things to note:

Please let me know what you like and don't like.  A couple of things aren't working yet:

Playing Around with the Wayback Machine

Here's an old article I thought I lost that I wrote on ADSI Scripting with IIS 4:

For the new wildermuth.com, I have the following requirements:

I am sure there  are more, but those are the core of the new requirements.  Tune in tomorrow to start matching requirements with solutions...

Back in the day when ASP.NET shipped, I converted this site from the existing ASP based site.  As an exercise to really bring in some new features I've wanted and to lose the ASP legacy (I actually still have a page or two that uses string concatenation to put together HTML Tables), I want to do a full re-write of the site.

I use a process where I begin with the requirements, then the data, then the code (no big surprises there).  My goal is to blog through each stage of this process and hopefully help my readers learn a bit about an ASP.NET 1.x to ASP.NET 2.0 conversion.

Look for rants about this process starting as early as today!

Anyone with a web enabled phone, I am trying to test how a calendar looks on phones but I only have so many.  If you could visit this page (http://wildermuth.com/test) and click on the hyperlink on whether you can see the calendar or not, I'd really appreicate it!