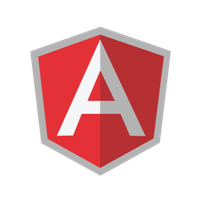 It Is Too Soon to Panic on AngularJS 2.0

So AngularJS team finally is talking more publically about what they’re trying to do. At the ngEurope conference last week, they talked very opening about their new strategy for AngularJS 2.0 and it has a lot of people freaked out. Sounds a lot like some reaction to Silverlight in fact.

I’m seeing a flood of hate on the AngularJS team at the moment. I am not sure it is justified. Here’s why:

While there are a lot of details about what they’re thinking being shown and shared, the reality is that AngularJS 2.0 comes out in 13 months. A huge amount of time in web development. I am sure they are hearing all the concern and fear and are taking it into account. I suspect it will be fine.

“But what about lack of backwards compatibility…”

Again, with so much time before release, the new direction will be clearer as we get closer. Sure it may involve a re-write, but so will going to another library (e.g. ReactJS, etc.) In fact, this happens a lot, especially in web development. It’s a tricky thing…break the old stuff to get better new stuff, or stick with the old stuff?  I don’t know the right answer…I really don’t.

I’ve recently heard the great Dan Wahlin mention that he liked jQuery’s approach better (two paths, one with new development and one with fixes. The jQuery 1.x/2.x path is quite interesting and I tend to agree with Dan on most things…including this one.

“But should I be suggesting AngularJS for new projects?”

I have no idea, but I think that talking about he possible direction and the risk of a re-write is fair. I think you should go forward into any development with the understanding of the risks and like any dependency, there is inherently a risk here.

“Should we just fork it and keep 1.x alive ourselves?”

I am sure that some people will attempt to do this. All the power to these people, but I am not sure I’d bet on that as a strategy. This was the mantra of when Silverlight 5 was mentioned to be the last version…people wanted them to open-source it and the community would do a v6. Unfortunately I suspect this is more wishful thinking than actual volunteering. Usually is in these cases.

So What Should We Do?

I don’t know what you should do. I don’t. I won’t pretend to. Keep an open mind and keep your ears open. See where it’s going and under the current and future risks in pinning yourself to the library. You’ll have to hook your wagon to some horse (AngularJS means to Google, ReactJS to Facebook, etc.) But ultimately as I’ve been talking about for years, be prepared for change and look forward to learning what is coming around the corner. We’re a lucky bunch to be doing such interesting work and falling back to hate doesn’t help anyone…especially you.