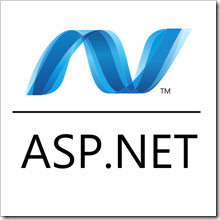 When I created my blog in ASP.NET Core, I forgot about one feature that I used to help out some other Pluralsight authors by creating a quick top 100 list of courses. Because Pluralsight doesn’t really expose that data as an API, I didn’t want to hammer their service, so I had been using a memory cache to do it.

But when I moved the code over, I realized that the old, reliable Cache object was missing. Luckily I found it and like much of ASP.NET Core, adding it was simple and consistent. Let me show you.

First thing was to see how caching was being handled. Instead of having different caches, ASP.NET Core has an abstraction around caching and then you can support different types of caches. For me, it was a simple memory cache I wanted so I needed two Nuget packages:

Once I had the packages installed, I had to add caching to the service container:

Once caching is available, then in the controller, I can inject an IMemoryCache object:

Finally, I’ve done the wire-up so I can use it in my action:

I used TryGetValue to see if the value was already cached, and then if not, just added it to the cache. The options object allows you to set caching options like priority, sliding or absolute expiration.

Hope this helps you if you need caching!