I’ve been playing Halo 3 a lot this weekend and I have to say I love the “Theatre” feature.  It allows you to watch a video of your last few gaming sessions (campaign and online) and take screenshots as well as make movies.  The screenshot feature allows you to take pictures from anywhere in the level, not just from your perspective.  This means you can float the camera anywehere in the world while pausing the game at a specific, often spectacular moment. I’ve spent almost as much time finding cool shots as I have playing the campaign.  The screenshots are uploaded to Bungie.net automatically so you can share them with friends!

What Bungie doess though is when you take the picture (either with the HUD or not), is it renders it with all the visual tricks on (FSAA et al.) so it looks exceptional as an image.  Here’s an example from an actual shot of me using a sniper rifle to do a kill close in (I know, not the best weapon for the job): 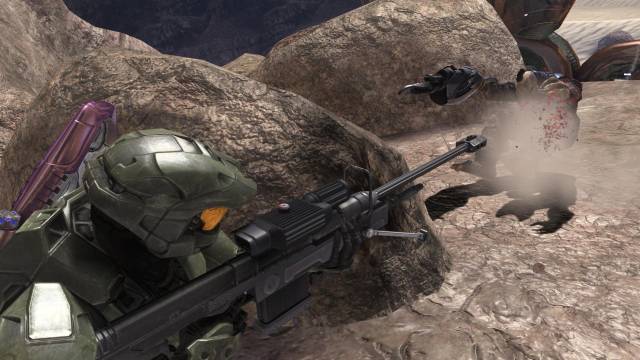 Check out my screenshot collection here.