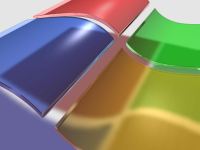 I waffle back and forth between whether Mary Jo is helping the IT world with her insights or is just IT’s version of the gossip column. I honestly don’t know which. But in a blog entry today she said something that was spot on. The quote is:

In terms of delivery schedules, Microsoft has made a conscious move from being transparent to “translucent” with its future Windows release plans — including its plans for service packs (Emphasis added)

While she was referring to the Windows release plans, I think this is somewhat true across the board.  I would guess that this is a product of the XBox’s success on the rest of the company. XBox has been able to pull off very ambitious and high-profile projects without having to announce them all to the public. I think this is mostly because the projects that did not pan out were never announced. As much as I’d like to know where they are going, I think this is a better approach for Microsoft.

I am sure inside of Apple and Google that there are many projects that start and die without ever being blogged…so the perception in the marketplace (with ordinary people, not just IT guys) is that most of what they deliver is a success (Apple TV notwithstanding). I think its time that Microsoft take this tact and I think Mary Jo’s description of Translucent instead of Transparent is a perfect description.