As I am heading to another large round of airline trips, I decided I finally needed a laptop I could write on during a flight. While I really love my HP dv7t, its a full sized laptop and (with no thanks to my girth) I needed something smaller to work on in an airline seat. In comes the Netbook.

I was a bit late to this party but decided to dive in. I had read Scott Hanselman’s great article on the Dell Mini 9 and liked the upgrading to 2GB which seemed doable for my limited needs on a plane.

Of course, I was impatient so I headed out to my close retailer to see if I liked the keyboard or not. As I’ve said here before, my shrek sized hands need a comfortable keyboard.  I looked at several netbooks including 9" and 10" varieties from Dell, HP and ASUS. I settled on the Dell Mini 10 because the keyboard looked roomy.

I took it home and tried to cram the 2GB memory that Scott mentioned.  Of course I didn’t do my homework. In the Dell Mini 10 the memory is soldered in so no upgrade was possible. So I bit the bullet this morning and traded it in for an ASUS Eee 1000. The specs were similar but the ASUS has a faster Atom chip (1.6GHz vs. 1.3GHz) and of course the ASUS let me upgrade the memory. One tiny note was that the Dell’s video size was 1024x592 whereas the ASUS is 1024x600.  Yeah, 8 pixels.  I wonder why.

While 2GB is a lot of memory these days (ok, not a lot, but enough) the Atom processor is the real performance problem.  But of course you’re giving up performance for battery. The promise is for 7 hours of battery with the ASUS Eee 1000, but we’ll see soon when I head across the country from Atlanta to Vancouver Canada.

I’d seen a lot of Netbooks but I was still surprised by the relative size between my normal laptop and the netbook: 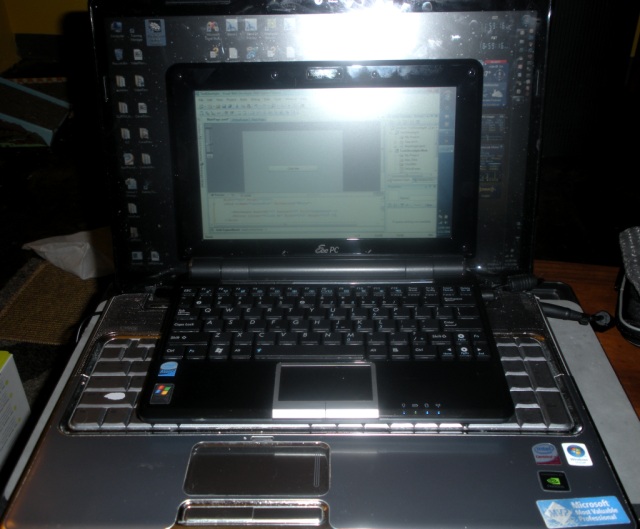 Now I wanted to see it run some of my favorite apps. First I paved it with Win7 RC.  The installation was easy as cake.  The Windows drivers worked for everything out of the box, though I installed the chipset and touchpad drivers just in case.  Of interest, the touchpad drivers included a lot of multi-touch capabilities like the Mac touchpad.  Nice, but still getting used to it.  Here’s the netbook screen running Windows 7: 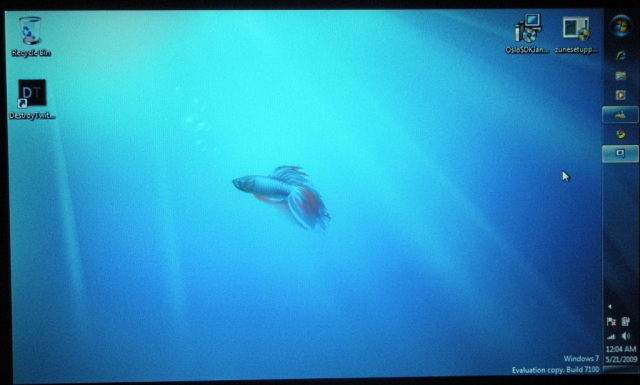 While not eactly snappy, its good enough. I don’t plan on doing much more than browse and write so it works. But I wanted to take it to the next level so I used the Web Platform Installer 2.0 to install Visual Studio Web Express and the Silverlight 2 Tools: 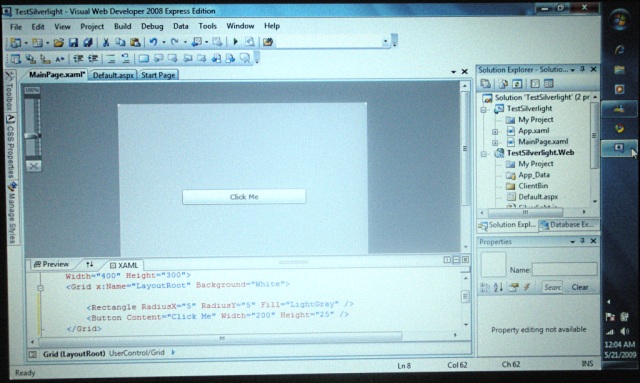 That worked pretty well (sure, a bit slugish but better than nothing). So I figured I’d take it the whole way. As many of you know lots of Delta flights are now including Internet connections…so maybe I don’t want to get work done: 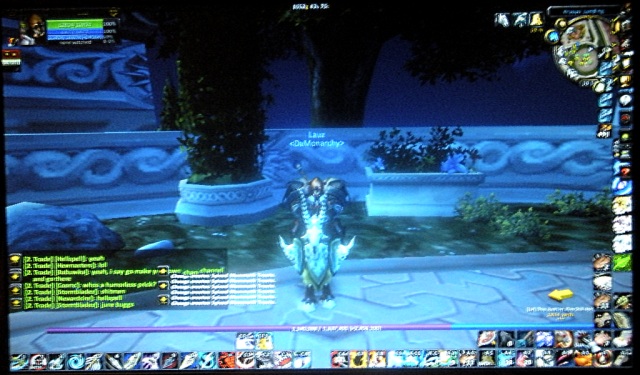 Getting World of Warcraft working was a surprise. I was sure that the Atom processor would just bust under the weight but it wasn’t too bad. I had to turn down most of the visual settings, but it runs pretty well as long as your outside a city.

Overall I am very impressed by what the Atom can do.  The proof will be in the battery life.  After I get back from all my trips in June, i’ll follow this up with some observations.