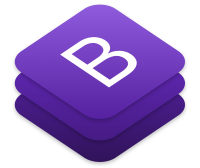 When I created my Bootstrap 3 course back in 2013, I never thought it would take five years to get to the new version of Bootstrap 4. Back in 2016, I outlined and got ready to create a new course about Bootstrap 4. But it never came out. Until now.

I had always planned to do this course for Pluralsight, but they are changing some of the ways they want to publish content. So this is giving me the chance to promote some one-off courses that they don’t have room for in my own course library. Bootstrap 4 is the first of these full-length courses.

You may have seen that I recently published a free course on Font Awesome 5 (if you haven’t, go watch it for free here: https://courses.wilderminds.com/courses/font-awesome-5). This course is a good example of what I’m trying to do with these one-off courses. They differ from what I can do with Pluralsight in that I have a quiz at the end of each module and a lab for students (who want to) to go through instead of just following along with the video. My courses will be still focused on being pragmatic and showing you all the code, but some people just do better with written out labs so I’m making them both available.

The Bootstrap 4 course is available for Pre-Enrollment at the Early Bird price of $99 now. This will go up to $149 once it’s released on March 1st, so you only have a little more than a week to take advantage of the pricing.

Here’s a little about the course:

In this course, Shawn Wildermuth will start with a simple, non responsive website and add Bootstrap one component at a time until you have seen most of what Bootstrap 4 is capable of. He will introduce Bootstrap by using his usual, “Show vs. Tell” style of teaching. If you’re trying to get up to speed with Bootstrap 4 or coming from an older version of Bootstrap, this course is for you.

The course is a mix of: