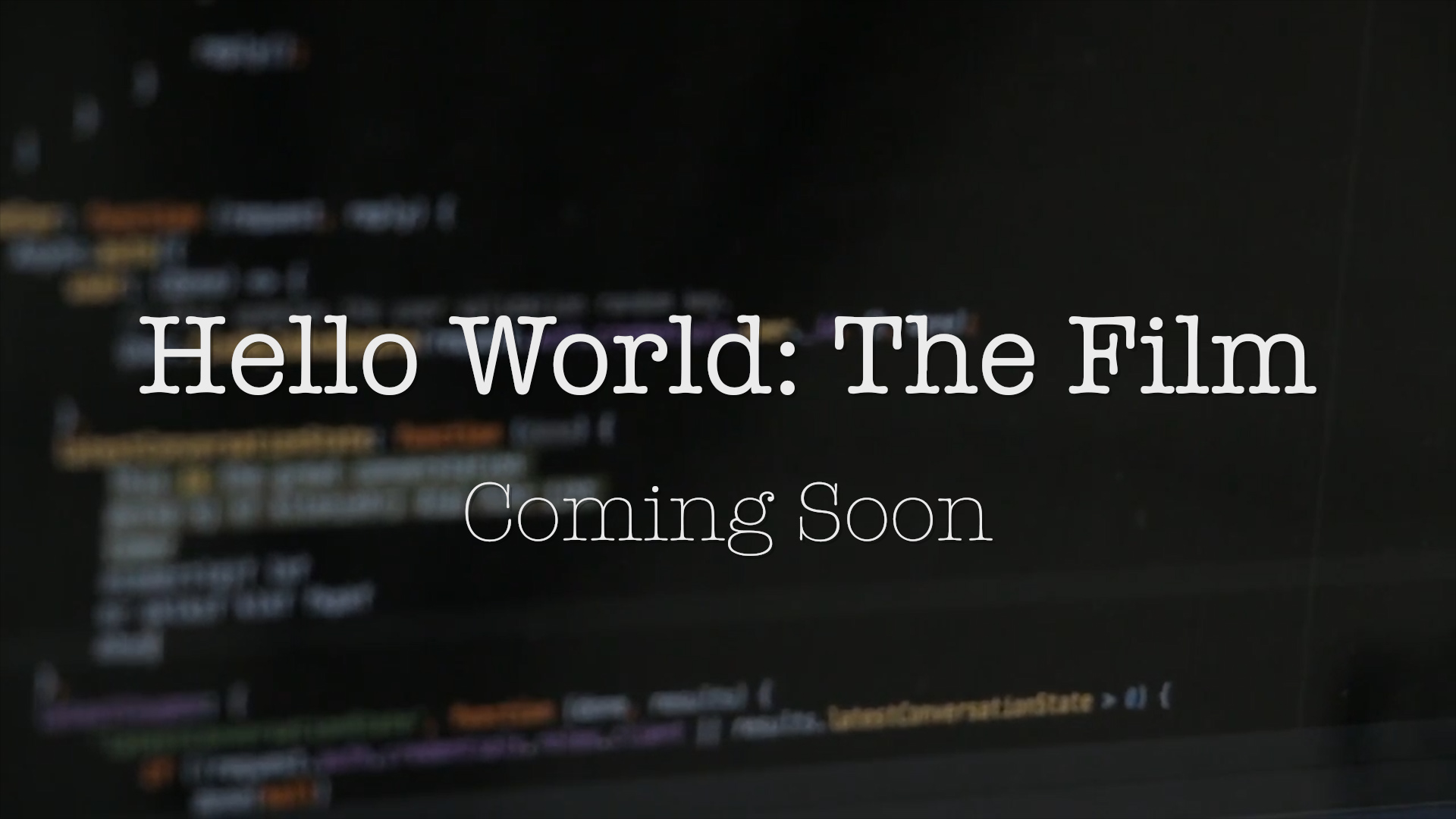 As I expect most of you already know, I’m making a documentary film about software developers called “Hello World: The Film”. I’ve started a crowd funding campaign to help me finish the film.

What’s the Film About?

The film is structured into three acts:

Who’s in the Film?

While the list of interviews is not complete, we’ve either interviewed or planned to interview a range of coders, researchers, and educators including:

Every dollar helps! Thanks to everyone who has contributed already!