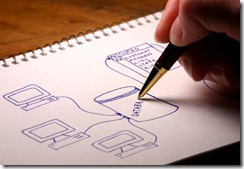 While this is useful in some use-cases, you’ll probably need to also support other mechanisms like OAuth, Token Auth and others. I cover many of these in my “Securing Web API” module of the Pluralsight course. The course covers building an API from scratch including coverage of security, versioning, using REST constraints and working with models. If you have a subscription, you might be interested in the whole course: