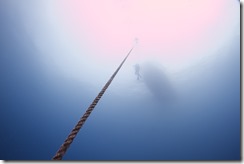 While most of us are used to creating routes using the Web API configuration, attributed routes are different. Before attributed routing, when you would look at the route data (e.g. request.GetRouteData()) you would get a route with a name that tied to the configured name. This was really useful for the way to use **UrlHelper **to build your URLs.

In fact, you can get this behavior by supplying names to the individual routes in your attributed routing:

But if you’re traversing the route collection in any way (e.g. in a** ControllerSelector**) it is important to understand where these routes actually are. When you use attribute routing, all the route attributes get added to a common route without a name. This is a special route that is an instance of an internal class called **RouteCollectionRoute **(Source Link). This route has a collection of sub-routes that you can query for that includes *all* the attribute routes. But if you just want the selected route for your call, you can simple ask for it using the RouteData.Values: